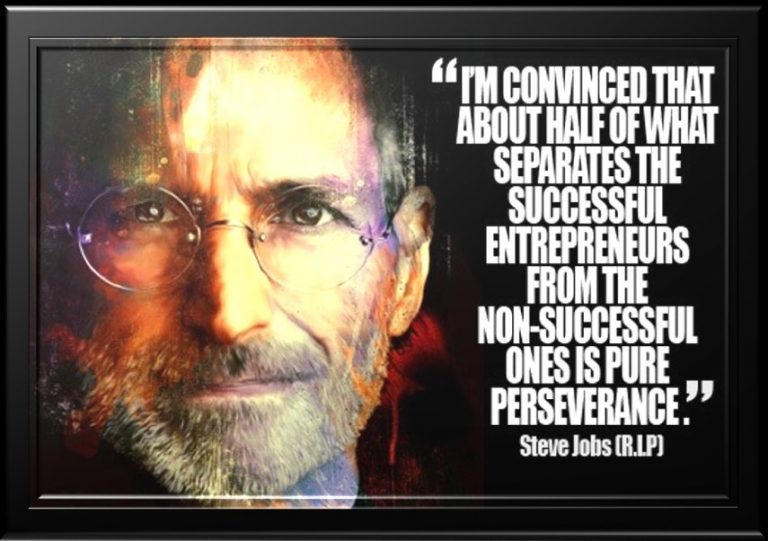 ***The Dutch translation is directly below the English article***

I publish a book entitled: Entrepreneurship for everyone. Of course, that is a title that you can use in all directions, but that also raises enough questions.

Is entrepreneurship really for everyone? If it’s for everyone, is it that easy? Why aren’t there more entrepreneurs? If it is all so simple that everyone can do it, why does a majority go bankrupt or have to stop within the first 5 years? Just try to answer all those questions to everyone’s satisfaction and do not detract from the book. You could say: Why bother yourself, the book is free anyway, so you shouldn’t have to care if there is a comment on the content. Yes, there is something in it, but unfortunately, I am not that way. It is not about the price of the book or how much it financially yields what the book means to me. The content is what counts and it has to be good, otherwise I shouldn’t do it. I do not write the book for myself, what I write is all known to me, I hope with the book to help others who have to walk the same path that I have walked several times.

Let me make one thing clear, my book and the mentoring programs, but also others can teach you all kinds of things, answer every question that an aspiring or advanced entrepreneur has. But there are 2 things we cannot do for the entrepreneur; under no circumstances can I, or anyone else, do the work for you, in addition, I refuse to offer you a product, because if I did, you would not become an entrepreneur, but an implementer of other people’s ideas. With my experience, which are partly described in the book, I can fine-tune the product together with the entrepreneur to make it as good as possible. But the creativity to come to a product must come from your own sleeve. Because only then can you fully support what you are doing and get the most out of your own performance. Because doing business is something you cannot take up as a hobby. In order to succeed in putting your product out in the market, you will have to use everything. All cards open on the table, but let me be clear, you are not required to spend all your time on it. If you think you should divide your time between work, social life and maybe pick up on other things like a hobby, go ahead, do it. But the time you can spend on it will have to be all or nothing, or else I strongly advise you not to get started. 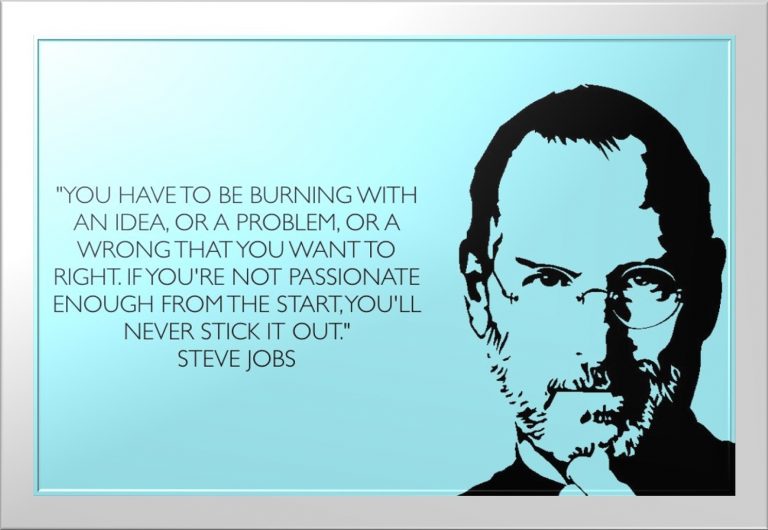 Before we go any further, let’s address the questions that I started this article with:

Is entrepreneurship really for everyone?

– If you have a good idea of what you think the public should know and you can come up with a concept for how to turn this into revenue, the answer is definitely yes.

If it’s for everyone, is it that easy?

– Absolutely not, I do not know a story where an entrepreneur has not had to overcome the necessary stumbling blocks to make his business or project a success. Perseverance is a prerequisite. I will return to this later in this article, but it is certainly not easy.

Why aren’t there more entrepreneurs?

-Most people who have ever thought about starting a business have given up because they can’t bear the insecurity that entrepreneurship entails.

If it is all so simple that everyone can do it, why does a majority go bankrupt or have to stop within the first 5 years?

-That’s a question that concerns me a lot. For me personally it is a big mystery why you would give up halfway through while you did make the jump in the first place. I blame it on poor preparation, a lack of realism in your plans and a lack of financial means while your plans are very large.

The reason why I now come with this article is so obvious. Whether this Corona Virus (COVID-19) is going to get the ball rolling, or if it’s going to happen a little later, no one can give you a clear answer to that, but it is abundantly clear that a very big financial crisis will come. For the vast majority who will lose their jobs during the upcoming crisis, it is impossible that they will ever end up in the same job again. If you still get the same kind of job back, keep in mind that it will be temporary. We are on the eve of very major changes in the employee landscape. During the previous crisis, it was made easier for employers to fire staff and hire them back as self-employed, which will only increase during the next crisis. If you, as an employee, are desperately at home and do not know how to act to return to work, you can do 4 things; accept any job offered to you. Start retraining as soon as possible, but then you are already too late. Protest at the door of the government until they start with a General Basic Income. Or take matters into your own hands and indeed start for yourself as an entrepreneur.

If you don’t think it will go that fast, stop reading and watch Jeremy Rifkin’s video below. Then come back and continue to read this.

If you make the decision to start doing business for yourself, don’t think you’ll end up in a spread bed. Many of the freelancers forced into that role during the previous crisis have been unable to keep their heads above water. Either they have stopped again and have started working for an employer again, or they are living a considerably sparser life than before that crisis. There are plenty of platforms that help you with the backside of entrepreneurial life, such as joint insurance and pensions and so on, probably they also help you with things like accounting and what else. But let’s be honest, those platforms were founded by the initiators mainly to market their own products, very smart to do that in a collective way. They are much better off than the average member of such platforms. But do they also help you with real business issues? No, they are not for that, you have to solve those kinds of problems yourself. The small independent entrepreneur is often too busy to make enough hours so that they hardly get to other issues. Yet it is part of the full package of entrepreneurship. Do not focus on that one or a few customers, if the main component of your income is lost, the future of your company is immediately in danger. Even if you enter into a forward contract with that important customer, you still need to provide backup.

If you are afraid that you cannot meet the obligations to new customers, you will seek cooperation with other small independent entrepreneurs. So that they can carry out the work, but you can still maintain the relationship with that new customer. If a customer requires you to carry out the work in person, explain the situation to him, if he insists that you do the work yourself, this is a good reason to ask for an additional cost. Speak with the person you work with that you continue to check the work and give your approval to the customer, so that the customer still has your involvement, while you do not have to do the groundwork and thus keep your most important customer immediately satisfied. If you do not provide services, but put a product on the market, you are dealing with a different type of customer, then it is up to you to continue testing your product in the market. Keep developing your product, but also listen to the needs of the customer. Take one thing from me, THE MARKET IS ALWAYS RIGHT. Then don’t start shouting that the customer does not know what he wants, because you will be 100% guaranteed to be punished. But then they will shout Steve Jobs said it anyway: 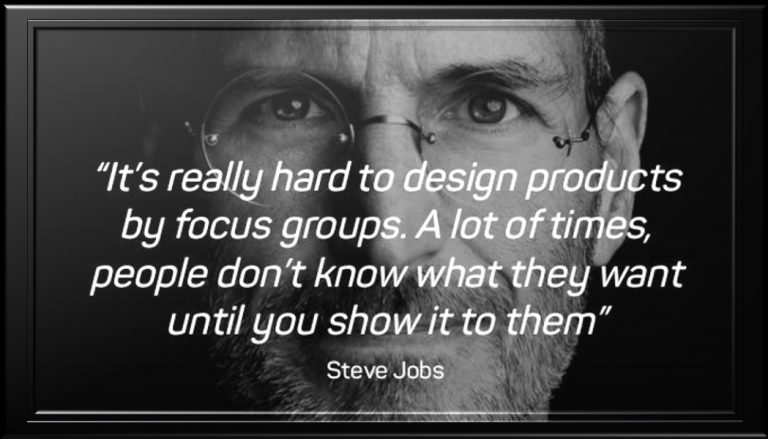 That’s right, but do you think you have the strength to market a unique product that isn’t there yet? At Apple they also listen to the customer and the market, although they put their own spin on the development of the products and very rarely, they come up with a product that just wasn’t there yet, think of the iPhone. For the rest, the market is really the test of whether a product is good, and they are already developing a next version when the last new one has yet to be introduced.

This blog is not the place where I can provide you with all the answers, but I can give you some very important advice. If you don’t know something, investigate, dare to ask for help and advice, take a mentor, preferably someone who dares to contradict you. Then I would like to end this blog with a quote from Judea Pearl: 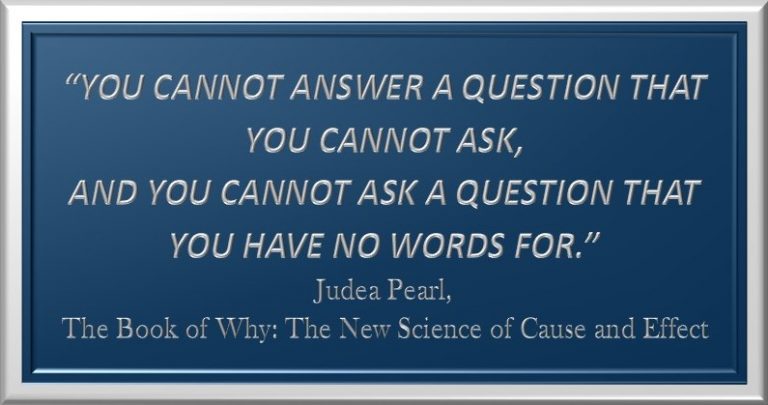